Taking part in the city council’s budget-setting process for the first time was a revealing political process, if lengthy ordeal.

We spent almost 7 hours arguing over a few crumbs in the corner of the budget: an unexpected windfall, £3.9m of capital available for the next year only.

The meeting was also characterised by the spectacle, yet again, of a Labour-Conservative alliance, with each group clearly having made prior agreements with the other to support a couple of amendments, and thus ensure they each get a few headlines.

Most councillors made little reference to the harsh cuts to local government spending, but blamed the elected Mayor. Hardly surprising, as 62 of the 70 elected in the city are members of the Westminster parties promising more harsh cuts to local government finance over the next few years. The largest part of our local spending is of course set and controlled from the centre, not from the city.

So there we were, for almost 7 hours, arguing over the best deckchairs to be set out on our sinking ship. Of course the shuffling of the deckchairs is an important part of the election process – look, I saved the budget for fighting crime; I found funds for a recycling centre; I made sure we can cut the grass next year. The hitch is that virtually all the proposals involved a cut elsewhere, with most putting off the same cut to the meeting in 12 months’ time. In some cases it was for a one off capital spending item that can be built but then can’t actually be opened, as we shall have no extra revenue for staffing it, what with cuts to our budget forced by Whitehall.

A couple were more devious, refinancing the residents parking scheme to extend payback for longer, thus liberating some capital for a different proposal. In the case of parking schemes, however, there are were questions raised as a parking zone operational surplus can only legally be spent on traffic schemes. But we were assured the financing trick does not fall within that rule. Another project could be funded from the proceeds. Clever, but basically not going to make a long term difference except to parking charges.

My colleague Charlie Bolton devised a worthwhile project to assist Blue Badge holders (disabled drivers) and got widespread support to implement this – it being within the spirit of the project anyway, responding to needs that residents clearly support.

The posturing reached silly heights when some projects being advocated were to remove schemes just put in place: take out fully accessible bus stops from a showcase bus route since they can slow traffic on the route (until we get extra capital for cashless bus tickets). And remove 20mph schemes just being introduced.

And most proposals being discussed to prioritise worthy initiatives, and grab a few headlines, were based on removing proposed funding for the key Independent Commissions held recently which have reported back to the council and identified priority measures to tackle Fairness, Housing, Sport, and Women. And then propose a sport initiative, or something for women, or another headline grabbing project that can get a budget for 1 year. Hardly building on all the scrutiny work we’ve just carried out as councillors to review and approve the findings of the said Commissions. Bear in mind that scrutinising and adapting major initiatives before they take place is a really important part of councillors’ work now we have a Mayor who makes the actual decisions

The proposal I was particularly unimpressed with was to cut the budget proposed for the funding of Legacy for our unique year as Europe’s Green Capital. Our one off chance for a step change in how we manage our city will follow the city’s 2015 Green Capital year underway. But the council majority has voted instead to spend the capital on holding funding in our parks for one year only, postponing inevitable cuts. As a great supporter of parks, active in my local park group, I nevertheless know the biggest threat to our parks is government cuts that all the other groups support. All of the groups have elsewhere very publicly stated how important it is that our year as Green Capital is more than a show and really about Legacy and projects creating long term change. Each party has in fact come up with things we need to do to embed new actions to make the legacy a reality. Which will not now be funded. Have they changed their minds now 2015 is underway? But I was heckled when saying this and no doubt some election leaflets will say how they ‘saved’ parks and we wanted to cut them. When of course they voted for an austerity budget and we rejected it.

So all the other groups on the council, like their Westminster colleagues, are happy to see local government cut: Labour colluded and then voted with the Tories, to pass an austerity budget in Bristol, and Lib Dems actually called for a smaller budget with council tax cut in real terms –  as well as nationally vowing to continue austerity into the next Parliament.

For a summary of the main points made by my colleagues at the meeting here’s a link to the speeches my Green Group colleagues made at the meeting: http://www.bristolgreenparty.org.uk/news/green-group-statement-on-bristol-councils-austerity-budget

1 thought on “Reflections on the annual budget meeting, 2015” 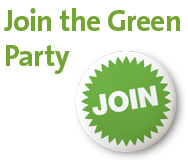 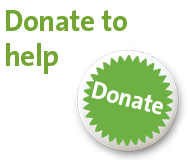